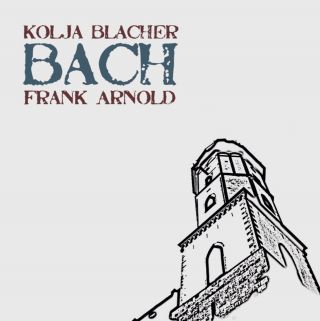 The purpose of this CD is to draw attention to the link between the ideas that informed the poets of the baroque era and the music of J.S. Bach, and so inspire listeners to explore the interaction of music and text in greater depth.

Those who do so will discover a language that is not just powerful, but playful, and keenly felt. Kolja Blacher plays the 'Tritton' Stradivarius violin from 1730. In April of 2007 his recording of sonatas by Shostakovich and Mieczyslaw Weinberg (with partner Jasha Nemtsov at the piano) on the Hänssler label was awarded the German Record Critics’ Award and in 2006 his recording of the Stravinsky and Alban Berg concertos with the Mahler Chamber Orchestra under the direction of Claudio Abbado likewise won the German Record Critics’ Award as well as the Diapason d’Or. The German magazine Fono Forum wrote: “This live recording once again testifies to his standing as a world-class violin soloist."

Frank Arnold, born in Berlin, studied philosophy and drama at the Free University, Berlin and acting at the Academy of Arts in Berlin. He has performed on stages in Berlin, Heidelberg and Düsseldorf and worked as theatre director and dramatic advisor in Munich, Berlin, Zurich and Vienna. He has also put on several operas and was visiting lecturer at Trinity College, Dublin. Thanks to dozens of radio and television programmes as well as radio plays and recorded readings, his voice has become one of the most well-known in Germany.