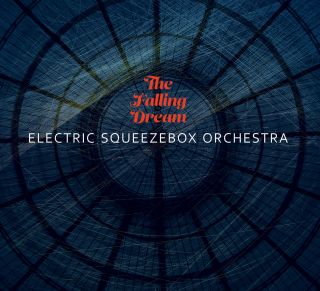 Catalog number: OA2 22152
Releasedate: 09-03-18
- Led by trumpeter Erik Jekabson
- Second album by the Electric Squeezebox Orchestra
For their second recording, the Electric Squeezebox Orchestra went into the legendary Fantasy Studios in Berkeley, CA for a marathon two-day session, capturing the band's eclectic spirit through 9 original compositions along with an arrangement of McCoy Tyner's "Señor Carlos."  Led by trumpeter Erik Jekabson, the band has held down Sunday nights for three years at Doc's Lab in SF's vibrant North Beach neighborhood. Building a formidible book of originals and creative arrangements, a dynamic group aesthetic, and a loyal fan-base ready for anything, the ESO takes chances and explores options while never veering from their pursuit of heart, soul and groove. "Plenty of vibrancy to the huge sound generated by the band, but it's the way the music flows so effortlessly that makes this a winning album." - Bird is the Worm.
The Electric Squeezebox Orchestra is a San Francisco-based 17-piece big band that plays all original music and arrangements. The ESO has been playing every Sunday at Doc's Lab in North Beach since the club opened up in September 2014, and the club has provided a welcome home for the band and its fans. Led by trumpeter Erik Jekabson, the band is an all-star cast of Bay Area musicians that frequently debuts new compositions in all different styles of music from both its members and other members of the musical community. The E.S.O. consists of Erik, Henry Hung, Darren Johnston, Doug Morton and Dave Scott on trumpets, Rob Ewing, Danny Lubin-Laden, Patrick Malabuyo and Richard Lee on trombones, Sheldon Brown and Kasey Knudsen on alto saxes, Mike Zilber and Marcus Stephens on tenor saxes, Charlie Gurke on baritone sax, and the rhythm section of Grant Levin, piano; Jordan Samuels, guitar; Tommy Folen, bass; and Hamir Atwal, Alan Hall and Eric Garland rotating on drums.