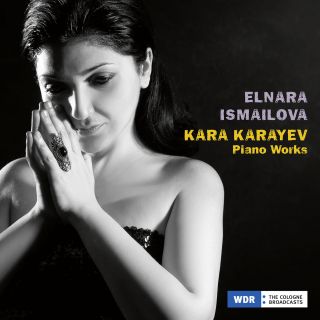 Kara Karayev (in Azerbaijani: Qara Qaraev) is an outstanding composer of the 20th century whose legacy is acknowledged and acclaimed far beyond the borders of Azerbaijan, his native country.

With melodies that sing while telling a story, his music’s moving, unforgettable expression is colored by modern, extremely expressive harmonies. All of this makes Karayev’s art exceptionally complex: he succeeds in creating a universe of sound that captivates the audience.

The national music of Azerbaijan is firmly rooted in the traditional modal genre of mugham, which has its own special musical language. When Karayev was still quite young, he profited from the teaching of composer Uzeyir Hajibeyov, the founder of classical Azerbaijani music (Hajibeyov used mugham in his 1908 opera Leyli and Majnun and wrote the book The Principles of Azerbaijani Folk Music).

Karayev studied violin and piano at Baku Conservatory, and went on to study composition at Moscow Conservatory in the class of Dmitri Shostakovich, who always held Karayev in highest esteem….  (Excerpt from the liner notes by Elnara Ismailova)

Born in Baku (Azerbaijan), Elnara Ismailova was admitted into the special school for musically gifted children at the early age of five. She gave her first public performance when she was eight, and went on to win a series of prizes in youth music competitions all over the USSR.

In Germany, Ismailova obtained a Konzertexamen diploma in solo piano in the class of Boris Bloch at the Folkwang University of the Arts in Essen, and a further Konzertexamen in vocal accompaniment in the class of Jürgen Glauss at the Hochschule für Musik und Tanz in Cologne. She was also the
main accompanist for the advanced vocal class taught by renowned German bass Kurt Moll in Cologne, and was selected by the Richard Wagner Association for a scholarship.

Apart from teaching at the Folkwang University of the Arts in Essen and at the Hochschule für Musik und Tanz in Cologne, Ismailova is currently much in demand as a solo pianist and vocal accompanist.

She has accompanied masterclasses at Schleswig-Holstein Music Festival, at the Vienna University of the Performing Arts, and at the Palazzo Ricci European Academy of Music and the Performing Arts in Montepulciano. The Westdeutscher Rundfunk broadcasting entity has invited her to make recordings at their studios in Cologne. In 2016 she was awarded the honorary Azerbaijan Order of Merit as an artist.

The press has hailed her solo piano recitals as “… an outstanding artistic event”, describing her piano playing as “masterful virtuosity combined with imaginative musicianship” (Bonner Rundschau), while also highlighting her “utterly sensitive Lied accompaniment” (Kölner Stadt Anzeiger). In one of his books, renowned Dutch author Cees Nooteboom writes: “This pianist has revealed Chopin to me anew”.