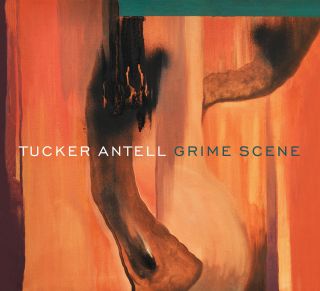 Catalog number: OA2 22159
Releasedate: 03-08-18
- Tucker Antell's debut recording
- “Tucker Antell is one of a new breed of super musician.”  - Jerry Bergonzi
For Boston saxophonist Tucker Antell's debut recording, he looks to the rich tradition of the tenor sax/B3 Organ groups and his many influences and experiences with Jazz, Blues and groove-infused music he's spent the last decade performing across New England. His virtuosity on the tenor saxophone is undeniable, while his passion for this particular fusion of Jazz & Blues comes across in a fun and honest way: singable melodies, danceable grooves, and stretched, creative improvisations, with a few twists and turns along the way. From the churning shuffle groove of "Grime Scene," to the Cubist re-working of Monk's "I Mean You,"  or the unfurling slippery funk of "Madness," Antell's music strikes a fine balance between the head and the soul.
Tucker Antell is native to nowhere. Raised in various states across the US, Antell began his career in the Bradenton (FL) American Legion, where retirees took him under their wings and taught him the ropes of Jazz.

"Though I didn't realize it at the time, the opportunity to play those classic standards every week with veteran musicians was one of the most formative and valuable experiences of my musical education." Later studying under Jerry Bergonzi and George Garzone, Antell graduated from the 2009 Jazz Studies program at the New England Conservatory of Music. Tucker is a highly sought after Tenor Saxophonist in the New England area.

In addition to being an active sideman with various groups in the Boston area, his latest project, The Tucker Antell Band, features Tucker's hard-hitting blues-infused compositions which draw from his love of classic Blues music.

While keeping a busy performance schedule, Tucker teaches saxophone, clarinet, flute and improvisation, throughout various private institutions in the Boston area, including the NEC Preparatory Program. In addition, he regularly conducts music clinics in local colleges and public school systems.