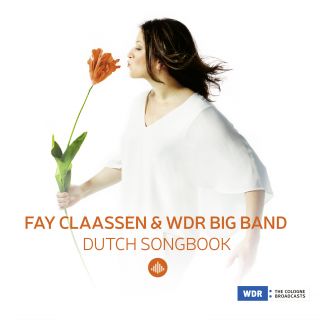 Catalog number: CR 73441
Releasedate: 07-09-18
- Fay Claassen her first project in Dutch
- The music is a selection of Fay her favourite songs by Dutch composers such as, Herman van Veen, Benjamin Herman and Cor Bakker
- The songs are arranged especially for Fay and the WDR Big Band
- This CD is a live recording

- Live tour by Fay Claassen and The Jazz Orchestra of the Concertgebouw Fall 2018:


"This album is a live recording of a very precious musical moment for me. What you hear is exactly as it happened at that special concert. Everything felt right, the great WDR Big Band conducted by Torsten Maass with its fantastic soloists, the gorgeous arrangements, the special guest soloists I could bring from the Netherlands: Peter Tiehuis, Cor Bakker and Theo de Jong, not to mention the enthusiastic audience of the club. A Dutch ‘Friendly Takeover’ in Cologne! "

In November 2015 Fay was asked by the management of the WDR Big Band to put together a programme with music from the Netherlands. Fay got carte blanche to choose all the music and have it arranged for her and the WDR Big Band. Although she had never sung in Dutch before, she loved the idea!

Fay was very happy that she could ask some of her favorite arrangers from the Netherlands, such as Rob Horsting, Ilja Reijngoud, Joan Reinders and Henk Meutgeert, to arrange the songs, but also Torsten Maass and legendary arranger Michael Abene made their fantastic contributions.

This project is recorded live at the ”Jazz-Schmiede“, Düsseldorf on November 28th 2015.
Singer Fay Claassen recorded her own albums together with many international musicians such as Mike Stern, Kenny Werner, Toots Thielemans, and she was invited as soloist for many album recordings by the WDR Big Band, Bob Brookmeyers New Art Orchestra, the Millennium Jazz Orchestra and the Danish Radio Big Band.