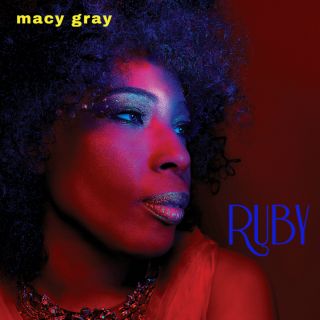 Catalog number: ART 7062
Releasedate: 21-09-18
- Macy Gray, selling over 25 million total albums globally, winning a GRAMMY® Award and two BRIT Awards, collaborating with everyone from Ariana Grande to Galactic, and enchanting fans all over the world, her voice has consistently resounded throughout pop culture.
- for the frist time on Artistry Music / Mack Avenue
- available as CD, black vinyl and Red vinyl (limited edition)
- Video for the hit single ‘Sugar Daddy’ out now co-written with none other than pop superstar Meghan Trainor: Macy Gray - Sugar Daddy

Rubies hold a special place amongst the world’s rarest natural treasures. The most sought-after of the corundum family, the gemstone’s crimson hue instantly catches attention—as if extracting passion from the earth itself and crystallizing it in mineral form. Similarly, MACY GRAY occupies a rare space in the canon of modern music.

That unmistakable rasp, unshakable grasp on soul, and funky spirit ensured her status as a 21st century icon since her arrival with the triple-platinum How Life Is in 1999. Selling over 25 million total albums globally, winning a GRAMMY® Award and two BRIT Awards, collaborating with everyone from Ariana Grande to Galactic, and enchanting fans all over the world, her voice has consistently resounded throughout pop culture. Eternally enamored and enthralled with her voice and presence, a devout fan base that transcends genres, generations, and creeds celebrates her work—album after album and tour after tour. Most recently, 2016’s Stripped earmarked a creative high point, garnering unanimous acclaim from Vogue, Vice, and many more. At the same time, she remains a force of nature on tour, selling out venues in nearly every corner of the globe two decades into her storied career. Macy’s talents resound beyond music as well. She starred in Tyler Perry’s Black Reel Award-winning For Colored Girls and would grace the screen everywhere from Brotherly Love and Cardboard Boxer to NETFLIX’s hit Fuller House. Moreover, she made a now legendary appearance in Training Day alongside Academy® Award winner Denzel Washington—one of many on-screen hallmarks.

“I love the gem ruby,” she explains. “It’s so regal. I really wanted a title that would stick. The stone is also red of course, which is my favorite color. It’s rich and has history. It’s classic—and so is this album.”

Channeling the spirit of the “grimy” R&B and smoky jazz closest to her heart, Macy made a leap forward by looking back to formative inspirations. However, she updated those elements with enriched, entrancing, and enigmatic soundscapes brought to life by producers Johan Carlsson [Michael Bublé, Maroon 5], Tommy Brown [Jennifer Lopez, Fifth Harmony, Travis Scott], and Tommy Parker Lumpkins [Janet Jackson, Justin Bieber].

“They’re all stellar producers, and they helped me craft an incredibly rich project,” she goes on. “They were brilliant in integrating horns and strings. There are so many complex layers. I wanted something that never got boring in terms of the music.”

Take the first single “Sugar Daddy.” Co-written with none other than pop superstar Meghan Trainor, the track swings from jazz-y piano into a cooing verse that’s as sweet as it is sassy. Her voice takes hold on the hook, “Be my, be my sugar daddy and provide me with your candy.”

“Meghan and I thought it be great to collaborate,” Macy recalls. “She had the concept in her head for some time, so we took a stab at it. It’s really great fun and a bit cheeky. Her writing and talent is brilliant. It was the perfect song to come out with first.”

RUBY canvases a wide spectrum for the songstress. Raucous horns that feel ripped from a classic seventies flick augment the grit on “Cold World” as “Jealousy” spins a covetous narrative that soars as it seduces. Gary Clark Jr. adds six-string firepower to “Buddha.” Everything culminates on the reggae-inspired “Witness,” which shuffles between mainland soul and island grooves as she croons, “I wish I was Jesus. I would make sure to fix it. Can I get a witness?”

“I think my sound reflects where I am,” she exclaims. “I’m a little older…just a little [laughs]. I’ve had more experiences and influences. I want my sound to feel fresh and relevant. I feel that I was able to achieve that, and I’m extremely proud of this album.”

Audiences will feel that too as she brings the record to life nightly in North America, the UK, and Europe on her 2018 tour.

In the end, RUBY represents Macy Gray at her most passionate, poetic, and powerful.

“I hope audiences can feel connected to the record,” she leaves off. “I hope that I can make them smile and make them reflect. I love when fans reach out with stories of how I've inspired, influenced them, or helped them get through a moment in their life. I want them to take away sincerity, honesty and authenticity.  I'm hopeful that I am providing them with something that is meaningful and thoughtful. I'm still looking at how I can contribute more artistically and as a human. This is one way.”