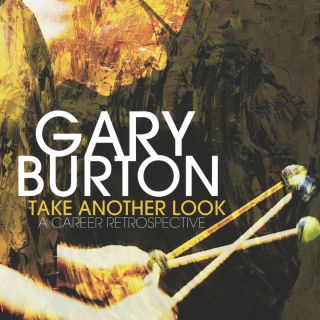 Take Another Look, issued in celebration of Burton’s 75th birthday year, encapsulates his astonishing six-decade life in music in the best way possible. As Burton commented for this set, “Recordings are a way of documenting your work and exposing it to a much larger global audience. And in the end, as this collection demonstrates, it becomes your enduring legacy as well.”

Burton’s list of trailblazing accomplishments even extends to his retirement from the music business, something unheard of in jazz. When he announced in 2017 that he planned to put the vibraphone into storage later that year, Metheny said, “It’s a unique event in our community. It isn’t a stretch to name it the rough musical equivalent of Michael Jordan retiring at the peak of his career.”

Born in 1943 and raised in Indiana, Gary Burton taught himself to play the vibraphone and, at the age of 17, made his recording debut in Nashville, Tennessee, with guitarists Hank Garland and Chet Atkins. Two years later, Burton left his studies at Berklee College of Music to join George Shearing and subsequently Stan Getz, with whom he worked from 1964-1966. As a member of Getz’s quartet, Burton won Down Beat magazine’s Talent Deserving of Wider Recognition award in 1965. By the time he left Getz to form his own quartet in 1967, Burton had also recorded three albums under his name for RCA. Borrowing rhythms and sonorities from rock music, while maintaining jazz’s emphasis on improvisation and harmonic complexity, Burton’s first quartet attracted large audiences from both sides of the jazz-rock spectrum. Such albums as Duster and Lofty Fake Anagram established Burton and his band as progenitors of the jazz fusion phenomenon.