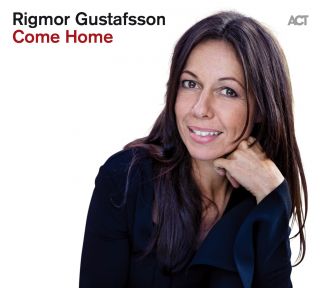 I knew directly after my latest album “When You Make Me Smile” (2014) what I wanted to do next, and the inspiration to write new music came to me quite fast. It’s a mystical and magic feeling when you start hearing music inside and know it’s something you must write down. It doesn’t mean though, at least not for me, that I’m content with everything I’m composing, but the need is there anyway and in the end it’s a wonderful feeling to have the opportunity to be selective.

For a while I had in mind we would only record my own compositions. But, as everyone knows, there are quite a lot of good songs written already. I simply felt I wanted to add some favorites (which also happened to be written by other female composers!). Kate Bush and Joni Mitchell are immensely inspirational to me.

Early on I decided I didn’t want to rush anything. For instance, if words didn’t come to me with the same flow as music does, I’d let someone else write the lyrics. So when Andreas Mattsson, one of my favorite lyricists, asked if I’d be interested in some kind of cooperation, I was delighted (and starstruck!). I am very excited about the songs I wrote with this new friend, and of course also with the songs I wrote with my lovely old bunch of friends - Lina, Tomas, Anders, Sofia, and Caroline!

I also knew I wanted to record with the quartet I’ve been playing with for the last couple of years - simply because this band has become my fundament and I LOVE to sing with Jonas, Martin, and Chris. Margareta’s and Lisa’s participation adds some extra little magic flavor on a couple of songs. Thank you all!

“She has soul in her voice” (Nils Landgren about Rigmor Gustafsson)Rigmor Gustafsson was born and grew up on a small farm in Värmland, in the very heart of Sweden. She picked up the guitar at age nine, and soon discovered her passion for jazz. It soon became clear that she wished to turn this passion into a career