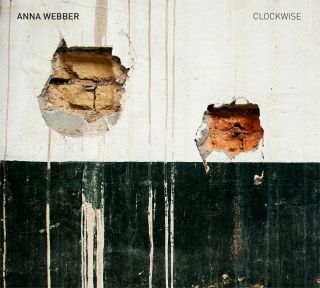 Catalog number: PI 79
Releasedate: 01-03-19
- Saxophonist/flutist Anna Webber has been an active performer and bandleader on the New York scene for the last decade

Saxophonist/flutist Anna Webber has been an active performer and bandleader on the New York scene for the last decade, playing with the likes of John Hollenbeck, Dave Douglas, Matt Mitchell, and Jen Shyu. Her own projects, which are clear expressions of her knotty compositional sense, have been hailed by The New York Times as “bracing, argumentative and engineered to show the range of the group members: fulminous, intense collective improvisation; rapid, chromatic steeplechases; research into long tones and textures.” Her new release, Clockwise, is an homage to some of her favorite 20th Century composers as seen through the lens of their works for percussion. For the project, Webber researched and analyzed various percussion compositions by Iannis Xenakis, Morton Feldman, Edgard Varése, Karlheinz Stockhausen, Milton Babbitt, and John Cage, isolating particular moments that could be extracted and developed into new works. The music explores notions of density and indeterminacy, using timbre as an organizing principal, continuing Webber’s ongoing exploration of the interstice between creative improvisation and tightly-prescribed compositions.

Anna Webber is a New York-based flutist, saxophonist, and composer whose interests and work live the overlap between avant-garde jazz and new classical music. Her new album, Clockwise, featuring a septet comprised of several of the most creative musicians working in New York’s avant-garde, will be released on Pi Recordings in February 2019.

Webber’s other projects include her Simple Trio, with John Hollenbeck and Matt Mitchell, and a big band co-led with Angela Morris. She has performed and/or recorded with projects led by artists such as Dan Weiss, Jen Shyu, Dave Douglas, Matt Mitchell, Ches Smith, John Hollenbeck, and Geof Bradfield, among others.

Webber is a 2018 Guggenheim Fellow. She has additionally been awarded grants from the Shifting Foundation (2015) and residencies from the MacDowell Colony (2017), the Millay Colony for the Arts (2015), and the Brush Creek Foundation for the Arts (2014). In 2014 she won the BMI Foundation Charlie Parker Composition Prize as a member of the BMI Jazz Composers' Workshop. Webber is originally from British Columbia.