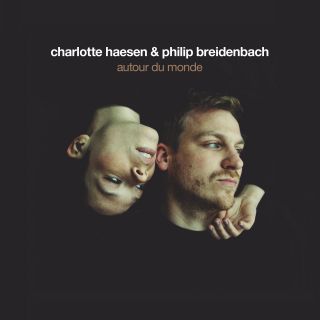 Catalog number: ZZ 76133
Releasedate:
- Charlotte Haesen and Philip Breidenbach will release their duo album in September 2020, of which this digital EP 'Autour du monde' is the first part.

Singer Charlotte Haesen and guitarist Philip Breidenbach take the audience on a journey. In 'Autour du monde' the duo moves through different music styles with impressive virtuosity and playful ease. They skillfully combine original compositions and their own arrangements from well-known pieces to a timeless repertoire full of stories and emotions.

On their new EP 'Autour du monde', the Dutch-French-Burundian singer Charlotte Haesen sings in four different languages. Together Charlotte and Philip write music about the struggle to find yourself (Wie ik ben), the magic of loving honesty (The Waterfall) and they interpret one of the biggest Chinese hits 'Alishan' in an innovative way. The lively 'Dis moi pourquoi' opens the EP.

The acoustic duo of singer Charlotte Haesen and guitarist Philip Breidenbach met on the jazz conservatory of Maastricht during their music studies in 2006. Since then they developed a gigantic repertoire where the lines of genres have blurred and their interaction has become sublime.
The storytelling stays a central point of the program while Charlotte sings in 4 different languages.

Live they are sometimes joined by guest musicians.