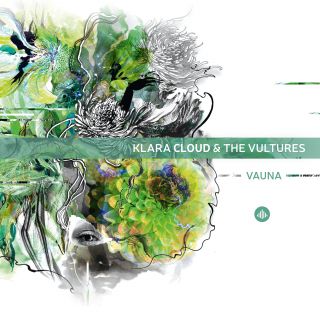 Catalog number: CR 73476
Releasedate: 06-09-19
- A mix of songs in Polish and English, complemented by instrumental pieces
- An unusual combination of violin, piano, double bass, and two drummers. With a guitar (played by Apostolis Anthimos) added in the last song
- Challenge Records' first release with vocals in Polish

The eight original compositions, together with the two traditional songs, refer thematically to wildlife. Their lyrics are written by Oskar Kolberg, Janina Osińska, Janina Porazińska and Sylwia Klara Zasempa. All the compositions on the album recreate a narrative of childhood, growing up and discovering life in harmony with nature. Vauna is currently a very unusual female name that was popular in the USA at the start of the 20th century. A person with this name was said to be creative and independent. Moreover, Vauna was perceived as a woman who aspired to experience unique and extraordinary things in her life. The name of the album is also, in the band’s view, an allusion to fauna, therefore, to all the animal species on earth - their natures and instincts.

Sylwia Klara Zasempa:
"The album Vauna is a fusion of my inspirations from nature and free jazz music, which I feel in a very special way. When we were making this album, we tried to blend traditional folk melodies and motives with jazz, although we weren’t certain what the final outcome would be. For this project, I invited musicians whose originality, creativity and experience inspire me. I’m deeply grateful for the pleasure of playing with them.”

The band isn’t aiming to set folk music into a modern framework or means of expression. The ethnic elements that appear here are rather like free-flowing, informal inspirations or starting points for building original structures that span borders, where the simplicity of folk melodies and songs entwines with bold improvisations.