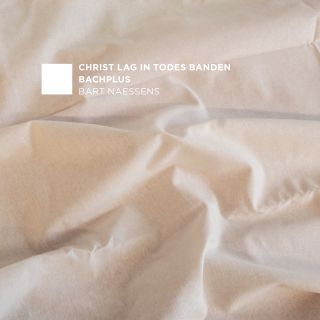 Catalog number: EPRC 0031
Releasedate: 07-06-19
- A unique recording due to the use of historical instruments, an organ, young singers/musicians
- Recorded taking into account current knowledge about HIPP (Historical Informed Performance Practice)
- Seldom recorded works by the Bach family and his great source of inspiration, Dietrich Buxtehude
- BachPlus uses the original cast for Bach’s cantata, including the doubling of the vocal parts with 3 trombones and 1 cornet.


Our fetishist regard for John Sebastian Bach as the pinnacle of Western art music obscures the fact that his talent was spawned by at least three generations of gifted predecessors. We celebrate this lineage by exploring the musical family archive Bach discovered in 1735. Among the hidden gems are intensely moving Geistliche Konzerte by his cousin Johann Christoph Bach, and the latter’s father Heinrich Bach. In his earliest preserved cantata Christ lag in Todesbanden, Johann Sebastian superbly imitates the polyphonic motet style of these foregoers, which was going out of fashion, though Bach seems to have cherished it enough to revisit the cantata on several occasions in later years. The Belgian ensemble BachPlus brings homage to Bach’s undying love of a dying art, in a recording which juxtaposes private devotion with protestant ecstasy.

BachPlus is a project which was founded in 2010 by soprano Elisabeth Hermans and keyboard player/conductor Bart Naessens. The core business of the project is focussed on the monthly organisation of a Bachcantata-concert (BachPlus Cantata Series) in the Baroque Jesuit church of Aalst (Belgium) and the impressive historic St. Bavo church in Aardenburg (Netherlands). In addition to these monthly performances of Bach cantatas the ensemble organises each year a bigger concert around a big composition of master J.S. Bach (Magnificat (BWV 243), B minor Mass (BWV 232), Weihnachts-Oratorium (BWV 248)... )

Lately the ensemble BachPlus enlarged his activities and became one of Belgiums leading Baroque-ensembles, specialised in the performance of Baroque music. It is frequently invited in Belgium and Europe with diverse programmes, mainly focussed on the oeuvre of J.S. Bach and contemporaries. The warm, intense friendly but very professional atmosphere that is breathing out of the performances, creates an intense and refreshing look on that immense interpreted work of J.S. Bachand contemporaries and enthralls the music-lovers from far and wide. This is why the BachPlus ensemble managed in a short time to acquire a big and honoured reputation throughout the (inter) national baroque music scene.

The ensemble BachPlus unites musicians from across Europe that built their vital and valuable experience of historical performance practice during playing at several renowned ensembles and/or through their own activities and initiatives. Founder-director and conductor Bart Naessens makes choices with them as close as possible to the performance practice of J.S. Bach's own period, steadily building (but with an ever healthy critical view) on the many valuable insights that the pioneering work of our predecessors have installed. Therefore the ensemble usually performs according to the one-to-a-part-principle in an original setting and off course, the musicians play on historical or historical model based instruments.

In addition to its own organisations, the ensemble will increasingly enlarge their activities on (inter-) national stages in order to share their interpretation and vision of the Baroque work with the widest possible audience. Both in pure orchestral form and in combination with the vocalists, the ensemble wishes to become one of Europes leading ensembles in the performance of Baroque music.