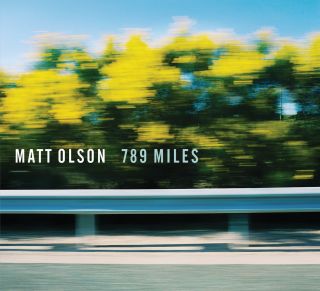 Catalog number: OA2 22167
Releasedate: 06-09-19
- Director of Jazz Studies and Professor of Saxophone at Furman University in Greenville, SC.
Reflecting on the path his life has taken him on, "789 Miles" represents the distance from saxophonist Matt Olson's childhood home in Wisconsin to his present residence in South Carolina, where he's on the faculty of Furman University. Through his original compositions, he sought to capture pieces of his upbringing and the lasting influence of his late parents. To bring it to today, he presents several compositions by current and former students at the University, performed in a trio with his longtime colleague Mike Kocour on B-3 organ, and drummer Dom Moio. From the hard swinging "Dance of the Dragonflies," to the modern and open "The Wishing Well," to Olson's lone tenor on the title track, this trio covers a lot of road.
Equally at home as a jazz and classical saxophonist, Conn-Selmer Endorsing Artist Matt Olson is Professor of Saxophone and Director of Jazz Studies at Furman University in Greenville, South Carolina. He hails from Racine, Wisconsin, and holds a Doctor of Musical Arts degree from the University of Illinois, and a Master of Music degree in Jazz Pedagogy and Bachelor of Music degree in Saxophone Performance from Northwestern University. Matt's teachers have included Frederick Hemke, Debra Richtmeyer, Mike Kocour, Don Owens, Paul Bro, Ron Bridgewater, Tom Wirtel, Thomas Matta, and Jonathan Helton.

Matt is a founding member and co-leader of the Unhinged Sextet, a collaborative jazz sextet dedicated to the recording of original compositions. The group features educators from a number of key music schools throughout the United States. Unhinged's two recordings on OA2 Records, Clarity (2015) and Don't Blink (2017), have received worldwide radio airplay and numerous positive reviews. Matt's self-produced debut jazz recording, Vortex, was released in 2006.

Matt has been part of commissions that resulted in new works for the saxophone by composers Frank Ticheli, John FitzRogers, Christopher Dobrian, Don Owens, and Roscoe Mitchell. He has presented performances and master classes at numerous national and regional conferences of the North American Saxophone Alliance, the United States Navy International Saxophone Symposium, and the World Saxophone Congress. He has also been a featured guest artist at Northwestern University, Arizona State University, the University of Chicago, the University of North Carolina-Charlotte, the University of Idaho, and high schools throughout the United States. He has published articles in both Downbeat magazine and The Saxophone Symposium, and eJazzlines publishes Matt's original compositions for large jazz ensemble.

Matt is active nationally as a clinician and adjudicator. He has presented clinics at the Midwest Band and Orchestra Clinic, the Jazz Education Network Conference, and the South Carolina Music Educators Association conference. He was previously the instructor of saxophone for the South Carolina Governor's School for the Arts and Humanities and a summer instructor for the National High School Music Institute at Northwestern University. He also conducted one of two 2005 South Carolina Band Directors Association All-State Jazz Ensembles. He holds memberships in a variety of professional music societies including the North American Saxophone Alliance, Jazz Education Network, National Association for Music Education, BMI, Pi Kappa Lambda, and Phi Mu Alpha Sinfonia.