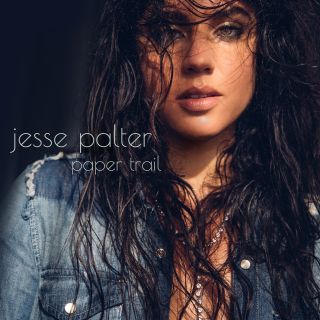 All of the songs on Paper Trail were written by Palter, a multi- instrumentalist, and are autobiographical, capturing an intimate snapshot of her life. She focused on strengthening her creative muscles to explore what melodies, lyrics and chord changes worked best, allowing herself to be vulnerable, brave and brutally honest.

Palter, who has been in the entertainment industry her entire life, began working with GRAMMY®-winning production team the Bass Brothers (Eminem) at age 15. She started her jazz career as a teenager playing oboe and trumpet in the school band. She continued to hone her skill and passion for improvisational singing throughout Detroit with music greats such as Christian McBride, Geoffrey Keezer, Sean Jones, Marcus Belgrave and Avishai Cohen, and later headlined top venues across the country.

Jesse moved to Los Angeles to pursue her career as an artist and songwriter and landed a deal with Artistry Music as the label’s first pop music signing. The move from jazz to pop was seamless, with her eclectic musical upbringing and deep respect and admiration for great songs and songwriters.

Prolific singer/songwriter Jesse Palter comes from a long line of creative genetics. Her great-grandfather invented iconic award-winning shoes, including the platform, the slingback and the peep-toe. Her great-grandmother was Estée Lauder’s interior decorator. And her grandmother is a notable New York opera prodigy. So it comes as no surprise that when this diminutive dynamo hits the stage, you’re in for a real experience. And like all great art, it’s autobiographical. Like an open book, she’s working out snapshots of her life onstage. The audience resonates. An artist is born.

By the time she signed to Artistry Music (a division of Mack Avenue Music Group), as the label’s first pop artist, she’d already written an astounding number of songs. Every time she sidles up to the piano to pen a new one, the Detroit born and bred/Los Angeles based multi-instrumentalist, commits to the discipline of perfecting her craft. She focuses on strengthening her creative muscles to explore what melodies, lyrics and chord changes work best. She allows herself to be vulnerable, brave and brutally honest at the same time.

All of the songs on Paper Trail, her full-length debut album, with ten tracks of aggressive, piano-pounding pop/rock in the soulful vein of Carole King, Sarah McLachlan and Sara Bareilles, were written by Palter. The first single, fan favorite “Sever The Ties,” is a powerful, rhythmic break-up song, that showcases Palter’s clever nuance and versatility.

The catchy track came to Palter in the shower: “The shampoo bottle fell and ricocheted off the shelf, hitting the shower door and bounced back a few times, causing this rhythmic pattern that made me think of the hand claps used throughout the song,” she explains.

Her powerful live performance during a recent Hotel Café residency literally brought down the house, showcasing her vocal versatility, as she seamlessly blends musical genres with nuance, attitude and style.

Paper Trail was produced by veteran keyboardist Doug Petty (Céline Dion, Britney Spears), who came in as a fan and agreed to produce her music whether she had a label deal or not. He helped Palter develop her unique sound and overall vision. His meticulous, mad scientist approach to production also allowed her to keep the integrity of her songs from demo stage through the various layers and textures brought forth, to compliment her artistry.

Testament to this artistry is the caliber of studio musicians who were invited to play on the project – including bassists Tim Lefebvre (David Bowie’s Blackstar) and Alex Al (Michael Jackson) and drummers Matt Chamberlain (Fiona Apple, Pearl Jam) and Aaron Sterling (John Mayer).