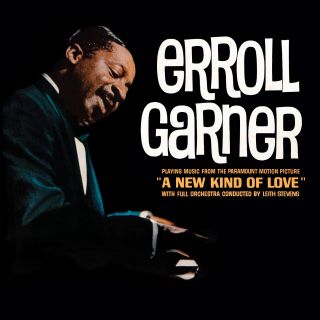 A New Kind of Love

Catalog number: MAC 1160
Releasedate: 27-09-19
- Erroll Garner | A New Kind Of Love | 04 of 12
-
The series include newly restored transfers of the original master tapes, painstakingly remixed and mastered by Octave’s GRAMMY winning team of producers and engineers

While the emotionally charged music of Erroll Garner is particularly well suited for the big screen, and has been used in countless films over the years, he only ever composed this one film score. A natural orchestrator and with an uncanny ability to sound like an entire orchestra by himself, on this record Garner makes singular use of a 35-piece orchestra to bring his music to new heights.

The Octave Reissue Series represents the heart of Erroll Garner’s recorded catalog. Spanning 12 albums and last 18 years of Garner’s career, this collection of music is among the most important in the history of jazz. It represents an artist in his prime, with full creative and commercial control of his output following his break with Columbia Records. Find out more about the fourth album in the series below.