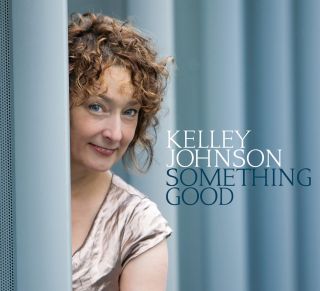 Vocalist Kelley Johnson’s glistening sound stands out for its emphatic clarity and direct delivery. On "Something Good," her 5th recording, Kelley presents songs as soundscapes, from lesser-heard repertoire such as Sondheim’s “Anyone Can Whistle,” or The Carpenters’ “Goodbye to Love,” to reimaginings of golden standards, Cole Porter's "You Do Something to Me," or "Unforgettable." With inventive arrangements by Johnson and John Hansen, her pianist of the last two decades, her band of Hansen, bassist Michael Glynn, NY drummer Kendrick Scott and special guest, Jay Thomas, delivers a fresh outlook, adding depth and expansiveness to this already substantial musical collection. “Kelley Johnson pulls the blues out of thin air. The deep feeling with which she interprets guarantees a profound reception. It’s genuine. Johnson is a true communicator.” - All About Jazz.

Kelley Johnson is an international award winning jazz vocalist who is known and respected as an arranger, poet and lyricist with a personal body of recordings. Kelley's lithe velvety voice mixes with a dynamic delivery and tricky colorful arrangements to showcase her interpretive finesse and inspired soloists. An organic groovy singer with a direct approach, Kelley reaches her audience with storytelling, subtlety, soulfulness and swing.

Kelley Johnson has twice been chosen to be a musical ambassador abroad. Her quartet auditioned live for Wynton Marsalis and Lincoln Center, and the Kennedy Center for lengthy tours for the US State Department in 2004 and 2008. Since her celebrated debut recording "Make Someone Happy" with Fred Hersch, she has achieved critical acclaim with every recording. "Music is the Magic" from which "Tea For Two" garnered her First-Place in the 2003 International Jazzconnect Vocal Competition was recorded in Brooklyn in 2002 and produced by the brilliant trumpeter, Brian Lynch. The Jazz Education Journal listed the ensuing "Live at Birdland", taped in one special night at the historic New York City club, as a Blue Chip Jazz Vocal album of 2004. The Birdland evening featured reknown trumpeter Ingrid Jensen, the stellar John Hansen, beauteous Ugonna Okegwo and effervescent Jon Wikan, and the songs range from seductive intimacy to streetcorner jive to sophisticatedly reorganized Americana, all tell-tale signs of Kelley's unique stamp.

Kelley has served as a professor at Cornish College of the Arts and Director of the Seattle Metropolitan Urban League's Children's Jazz Chorus among countless other musical ventures. She and John Hansen live in historic Madison Valley in Seattle, where they provide a home for Nana, the cutest kitty on earth.