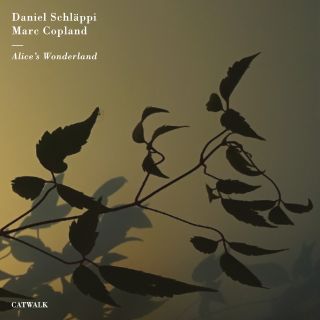 The third CD «Alice’s Wonderland» documents how the unmistakable interaction of the duo has catapulted into even higher spheres.

Daniel Schläppi and Marc Copland make a unique, dream-dance music full of lightness, inspiration of the moment and artistic creative power. With their exceptional instrumental skills, the two bring in their conversations the music to breathe, the relentless seconds of our life in progress.

The concerts and albums of this duo are events of a special kind. Hard to believe that only two people can create such orchestral reverberating music in such a filigree orchestration …

Daniel Schläppi (1968), bass
Daniel Schläppi is a renowned bandleader, composer and bassist. He has won several awards and runs together with Tomas Sauter the famous record label CATWALK. The review calls him «master of grooving sounds» and attests to him «outstanding musicality». The projects he initiates as a creative spirit rector are considered «breathtaking», «world-class», «sensation» or «jazz revelation». He has played and recorded with Marc Copland, Jorge Rossy, Art Farmer, Tomas Sauter, Colin Vallon, Nils Wogram, Eric Alexander, Domenic Landolf and many other fantastic musicians. His artistic work was supported by more than 40 foundations and cultural promotion agencies. Comprehensive information can be found at www.danielschlaeppi.ch.

Marc Copland (1948), piano
Marc Copland grew up in Philadelphia. He first played saxophone and then moved to New York. Later in Baltimore and Washington DC he worked as a pianist for example with Gary Peacock, who was to become his long-time musical partner. In the mid-1980s, he returned to New York. In 1988, his debut album appeared as a pianist, since then has released more than 25 CDs under his own name, all in casts with world-elite musicians and published on renowned labels (Savoy, Steeplechase, Hat Hat, etc.). Since 2000, it became more important to Marc to play in trio and duo. Those small ensembles have received the best reviews in the professional world. His duo partners include global jazz giants such as John Abercrombie, Gary Peacock, Dave Liebman, Ralph Towner and Greg Osby.