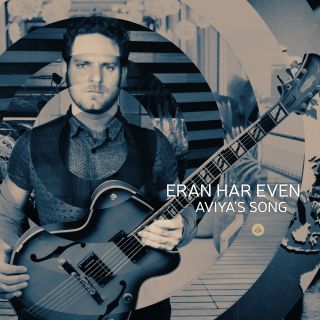 Eran Har Even (born on April 22, 1983) is an Edison nominated Israeli guitarist, composer and music educator residing in Amsterdam. In 2012 Eran completed both his Bachelors and Masters degrees at the Conservatory of Amsterdam. He is one of the most active figures of the Dutch jazz scene, recording and performing with some of the finest jazz musicians on the local and international circuits. These include prominent musicians such as Benny Golson, Terell Staford, David Friedman, Harmen Fraanje, Jamal Thomas, Joris Roelofs and Gilad Hekselman, to name a few.

For a decade Eran has been a faculty member of the Conservatory of Amsterdam - teaching ear training, theory, guitar and coaching ensembles - training the next generation of aspiring Jazz and Pop musicians. Besides, Eran is a guest teacher in music schools and jazz-seminars around the world, while performing regularly in the most renowned venues and festivals.

Eran’s work drew public - and media attention by it’s sui generis combination of styles and contemporary musical statements. Eran says about his music: “For me, music is like a conversation; in my compositions I compare the melody of my songs with a topic of a conversation… The solo section is where the discussion takes place… “