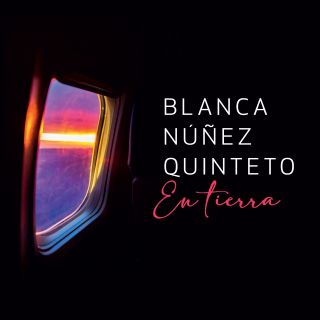 I came to Germany in 2003 and couldn't speak a word in German. I left everything behind: family, relationships, Fine Art studies, friends, all the known places, all the dreamt paths. As my plane was leaving the ground in that summer morning so long ago, I could see how fast the land became so small. I saw my whole life reduced to that tiny brown piece of ground that I was leaving for the unknown. For ten years I wasn't able to write one song about that moment. It was too painful. So, when my brother and his family also moved to Germany in 2013, I got reminded of that moment in the plane. It touched me so much that I began to write a song named En tierra (on land). „A new beginning is a gift", I say in Adelante, and it has been like that ever since 2003. A new language, new chances, new people, new music and new families. I'd like to encourage you to listen to this album with an open mind. It's not about jazz, folk, singer/songwriter or latin. It's about life, overcoming, pain, strength, love and all the things that connect us to life and to each other. And it's about tearing down borders of any kind.
Blanca Nunez
In her own songs in Spanish she processes her way, the essence of life, togetherness. The existential urge to express and exchange emotions is her motor. Her fuel is a natural sound world with space for improvisation. With influences of rhythms from her homeland, of jazz, latin, folk and pop structures... with her clear expressive voice and together with her first-class fellow musicians, she lyrically and emotionally creates a powerful place of warm-heartedness.