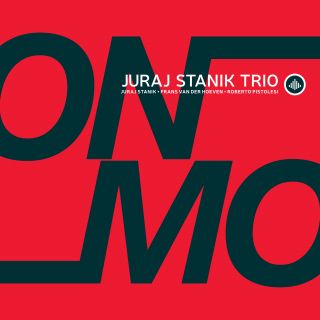 Catalog number: CR 73515
Releasedate:
- Stanik's hommage to Dutch jazz pianist Rob Madna (1931-2003), with Frans van der Hoeven on bass who played with Rob in the past.
- Inside Out serves the listener with a variety of musical colours
- Contains compositions by Stanik, complimented with tunes by Kenny Wheeler, George Gerschwin and the aforementioned Rob Madna

The title of this CD, Inside out, is an homage to the Dutch jazz pianist Rob Madna (1931-2003). I also would like to show gratitude to a generation of Dutch musicians of his time who were (and are) truly exceptional. With one of them, flugelhorn player Ack van Rooyen, I just completed an Indonesian tour (Jakarta & Bandung). Indonesia was the country Rob Madna originated from. While travelling, meeting new people and being subject to new impressions, Rob was often on my mind. He was not just a piano player and arranger. In fact, he was quite an influential musical character. Thad Jones asked him to write for and play in his famous Thad Jones, Mel Lewis orchestra. This indicates the level of his mastery. Bass player Frans van der Hoeven played in Rob Madna’s band for years. When I got back to the Netherlands, Frans and I decided to record at least one of Rob’s original compositions. Jazz musicians learn from listening to others. I have definitely learned a lot from listening to Rob’s music.

I always enjoy writing for and performing with my piano trio. When I write music for a jazz ensemble, I don’t want to dictate too much. Instead of putting a lot of information in, I prefer to give space. Hopefully this inspires the improviser to come up with original, personal ideas. I love it when skilled musicians turn a composition inside out!

When I was young, I performed classical music as a cellist. Most probably it influenced the way I write and play music. There are always melodies or ‘earworms’ lingering in my mind. Sometimes, I write a complete tune based on such melodies. At other times I endlessly experiment with form, shape and ideas. My aim is to give each tune a specific atmosphere. I am thrilled that Challenge Records gives me opportunity to distribute my music. For this album I selected a number of tunes that gives the listener a variety of musical colours. I hope that you enjoy the music as much as I enjoyed working on this project!
Juraj Stanik

While I was studying I  started playing a lot of gigs with alto saxophonist Benjamin Herman at Café Alto and Bourbon Street in Amsterdam. Later there were concerts at De Kring at the Leidsche Plein. I worked with my own sextet and we played at The Ivrea Jazz festival Italy.  I also visited New York City and played with a lot of great musicians there like John Swana, Essiet Essiet and Tim Armacost at places like Smalls and Augies. With Benjamin Herman and Jasper Blom we formed the band ‘Five up High’. With this band we played at numerous festivals like the San Sebastian Festival in Spain.

In the mean time I also worked with ‘The Ben van den Dungen-Jarmo Hoogendijk quintett’. We toured through The Netherlands, Germany and many other countries. We performed at festivals like The North Sea Festival in The Hague. We literally played hundreds of gigs. Drummer John Engels and later Owen Hart Jr played in this band. We also formed the band ‘Brand New Orleans’  and  tried to integrate African rhyhmical elements in our music. Again with Benjamin Herman and DJ Graham B we played at ‘The Soul Kitchen’ in Amsterdam. (Beats with improvisation) I played the Rhodes piano.

Another experiment was ‘Eveline and the Groove Movement’. We integrated jazz elements in Rap and Hip Hop music. An interesting project for Codarts In Rotterdam was a collective Improvisation with piano and dancers. With Bird Award winner Toon Roos we toured in Spain. I have had the privilege to perform with players such as Elvin Queen, Bob Berg, Benny Bailey, Chris Potter, Pat Metheny and Tom Harrell.

At present I am teaching and traveling quite a lot. I am performing with Ack van Rooyen and my trio and I work as a sideman with various artists.