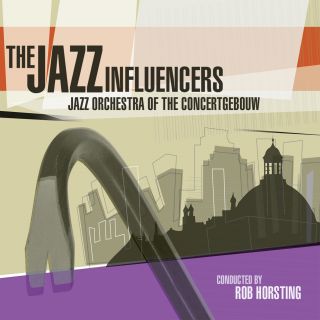 Catalog number: JOC 013
Releasedate: 15-10-20
- The JOC brings this variety to life. Since starting out in 1996, the JOC has developed a wide artistic scope
- Nine of these millennials - Morris Kliphuis, Gideon van Gelder, Reinier Baas, Joris Roelofs, Tineke Postma, Ben van Gelder, Simin Tander, Maarten Hogenhuis and Maartje Meijer - recently presented their compositions for the Jazz Orchestra of the Concertgebouw
The Journey Continues Spring 2018 I interviewed Morris Kliphuis. Towards the end of the interview Kliphuis – hornist, jazz composer and improviser – spoke about his time in New York.

“The biggest lesson I learnt in New York is that I am European, and jazz is an American music style - originally the way for an oppressed black minority to express their right to freedom. It gives a unique character and energy to this music. But I’m just a boy from Hilversum.”

With this statement Kliphuis offers a peek into the inner world of the new generation of Dutch jazz and improvised musicians as a whole, and that of the millennials more in particular. Nine of these millennials - Morris Kliphuis, Gideon van Gelder, Reinier Baas, Joris Roelofs, Tineke Postma, Ben van Gelder, Simin Tander, Maarten Hogenhuis and Maartje Meijer - recently presented their compositions for the Jazz Orchestra of the Concertgebouw. They are the jazz influencers of today.

Kliphuis refers to the gap between his personal background and the origin of jazz. In fact, for all millennials this is fundamental. After all, they belong to the fi rst generation to have so many resources to absorb the rich American jazz tradition - like Kliphuis several of the musicians above spent time studying in the USA. But at the same time, they feel a certain ambivalence towards that heritage, wanting to develop their own sound.

The millennials grew up at the dawn of a new, digital age in which thinking outside the box is practically obligatory, and it is not limitations, but the lack of them that present new challenges. More and more jazz music is infl uenced by pop, hip hop and world music. Defi ning the genre by referring to overseas heritage no longer seems appropriate now that this art form ‘had already completed a full life cycle of creation, maturation, obsolescence, and revival,’ as music journalist Nate Chinen states in his book Playing Changes. Nevertheless, jazz is on the move. But where to?

The new album Jazz Influencers is looking for an answer, or rather answers, to that question: if anything, it is the great variety of musical characters on this album that speaks out. At the same time, they share a more inclusive approach to jazz as an art form, which you fi nd in freer form structures, unexpected twists and turns and a wide range of color and sound, embracing both chamber music and minimal music.

The JOC brings this variety to life. Since starting out in 1996, the JOC has developed a wide artistic scope. Almost twenty-fi ve years later, many tours around the world and a change of conductors, the JOC can count itself not only among the best jazz collectives of Europe, but also among the most progressive ones.

On Jazz Influencers the JOC continues the journey which started with its predecessor, the widely and unanimously praised album Crossroads (2018). On that album, with compositions solely by band members, the JOC has made clear it dares to think beyond the canonical jazz idiom.

On the new album the sizzling experience emanating from Crossroads returns, for instance in the way in which rhythmic and harmonic complexity merge effortlessly into the character of the piece. Again, craftsmanship and creativity come together, exciting textures are to be unraveled, and solos sound like graceful crowbars.

The Jazz Influencers was recorded in two days for a live audience. This setting enhances the here-and-now experience of the music. With JOC and The Jazz Infl uencers the JOC is putting itself to the test, disclosing a deep connection with the nine musicians who wrote the music for them.

This album may also be called a statement, because it conveys what jazz music is all about: adventure, the search for new horizons.
Mathijs de Groot Jazz-journalist for the Dutch national newspaper De Volkskrant.