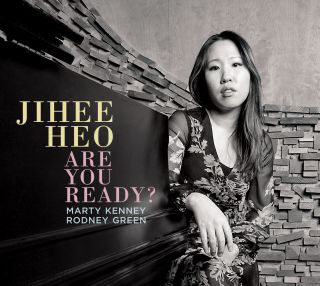 Catalog number: OA2 22185
Releasedate: 07-05-21
“Jihee Heo has done for me that rare and beautiful thing I value and cherish most about incredible music, she has inspired me.” - Kirk Whalum

"Jihee is a very special artist. She uses her music to paint vivid pictures and take the listener on a journey they're sure to enjoy." - Rodney Green

Raised in South Korea, pianist-composer Jihee Heo studied in Amsterdam before receiving her Masters from the Manhattan School of Music in 2013. Now with a decade ensconced in New York's music scene, Jihee found inspiration for producing this album of alternately pastoral and grooving trio music through Robert Henry's classic treatise for artists, "Art Spirit."  Reciting passages in the opening track, "Are You Ready?," the sense of offering a vision into her musical process and deep involvement with 'the moment' informs the 8 artfully melodic original compositions. Along with the wide-ranging talents of drummer Rodney Green, who also co-produces, and bassist Marty Kenney, rapper Saidu Ezike voices Jihee's ambivalence toward her  New York experience on "Trust," followed by what could be considered a love note to the city on the instrumental "Oh, New York."
Born in Incheon, South Korea, Jihee Heo is a New York-based jazz pianist, composer and keyboardist. Ms. Heo holds a Master of Music degree (Jazz Piano Performance) from Manhattan School of Music (2013), and a Bachelor’s Degree (Jazz Piano Performance) from the Conservatorium van Amsterdam (2008).