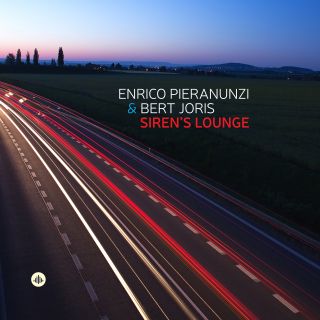 Catalog number: CR 73795
Releasedate:
Siren's Lounge is a musical synergy of two masterminds, who put their hearts and souls in every detail of their private conversation.
Siren's Lounge is the first single of the new album Afterglow by Enrico Pieranunzi and Bert Joris. After having been talking about a possible duo CD for almost two decades Enrico Pieranunzi and Bert Joris eventually entered a recording studio to record an album together. Afterglow will be released January 2021.
Enrico Pieranunzi was born in Rome in 1949 and has for many years been among the most significant and well-known protagonists of the international jazz scene. A pianist, composer, and arranger, he has recorded more than 70 albums under his own name, ranging from piano solo to trio, from duo to quintet. He has collaborated, either live or in the studio, with Chet Baker, Lee Konitz, Paul Motian, Charlie Haden, Chris Potter, Marc Johnson, and Joey Baron. Pieranunzi has been named Artist of the Year three times by the Musica Jazz magazine critics’ poll (in 1989, 2003, 2008). He also won the French Django d’Or prize as “Best European Musician” in 1997 and the German Echo Jazz Award in 2014 as “Best International Keyboard Artist”. Pieranunzi has performed his music all over the world in the most prestigious international festivals, from Montréal to Copenhagen and Buenos Aires, from Berlin and Madrid to Tokyo, Rio de Janeiro and Beijing. For the past ten years, he has been playing more and more in the USA, and has taken part in the San Francisco and Spoleto (Charleston, South Carolina) festivals. He has also been regularly featured in the most important New York clubs, especially the Village Vanguard, where in July 2010 he recorded the album Live at the Village Vanguard with Marc Johnson and Paul Motian. This is the first album ever recorded by an Italian musician (and one of the very few by European musicians) in the legendary diamond shaped 7th Avenue venue. A second Live at the Village Vanguard, recorded in 2015 with Donny McCaslin, Scott Colley and Clarence Penn, will be released at the end of 2016. Enrico Pieranunzi has composed over 300 pieces, many of which have become standards performed and recorded by musicians all over the world (Night Bird, Don’t Forget the Poet, Fellini’s Waltz).