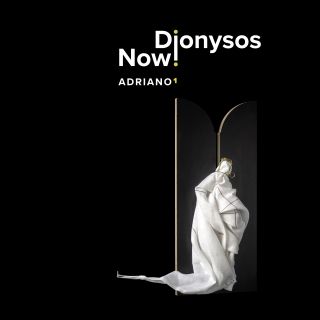 With this project Tore Denys wants to return to his roots in Roeselare and pay homage to one of the greatest composers in Roeselare's history.
Together with the members of his ensemble Dionysos Now!, he wants to plan a trajectory to have a contemporary reflection of his most striking signature works in 2022 - 460 years after the death of Adriaan Willaert.

For many, Adriaan Willaert is not a complete stranger, but his extensive and versatile oeuvre rarely appears in concert programmes or on CD recordings. The relative unfamiliarity with the oeuvre of the Flemish but world-renowned polyphonists is at the root of the fact that their names do not dare to be mentioned in the same breath as those of Bach, Mozart or Beethoven. Wrongly.
As a famous composer and renowned educator, Willaert gathered around him a wide circle of pupils and friends, both Italians and Flemish and Dutch, so that he can be considered the "founder of the Venetian school", an epithet that is fully justified.
Willaert's oeuvre is extremely extensive: 150 motets, vespers, hymns and psalms, eight masses of chansons madrigals.

"With Dionysos Now!, I wish to show that Renaissance vocal polyphony is wonderfully captivating music that deserves to be heard by a wider audience. Dionysos Now! aims to build cathedrals out of sounds, letting you experience the music as though you were flying far above those cathedrals with a drone. The individual bricks are all there, but they seem to merge together with the whole, into the gestalt: the radiant music generates much more effervescent energy than the sum of its tones, and the music’s contagious flow is sought and captured, like a surfer who seems to have found the perfect wave and seizes his chance to ride it before it again ebbs away.

The “vehicle” that we are using to try to demonstrate this wonderful phenomenon, at least to start with, is the music of the composer Adriaen Willaert from Roeselare, Belgium.

Much of his music has remained untouched in libraries for over 450 years. But this is undeserved. In his time, Adriaen Willaert was one of the most renowned musicians in Europe. He was a singer, teacher, kapellmeister, composer, and above all a humanist. He was
seen as a “master” by the many composers who studied with him who in turn became stars of their own generation. Musicians from all over Europe came to Venice to dis- cover the innovative elements of “musiklehre” with him and further hone their craft. Willaert would continue working as the kapell-meister of the San Marco Basilica for 35(!) years until his death.

Using Adriaen Willaert’s music, we delve into the spirit of that time, a turbulent period that was not so different from how the times are now, constantly changing and sometimes more confrontational than we at first can or would like to believe.

Today, Renaissance polyphony is newer than ever, and this is what we hope to show you."