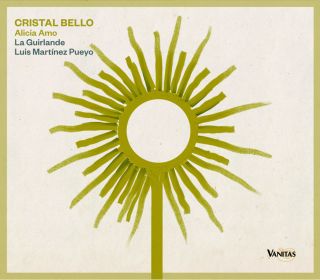 Catalog number: VA 16
Releasedate: 17-09-21
- 'Galant' vocal and instrumental music from Spain and Mexico
- The composers included in this recording belong to a generation born around 1700

From Spain to New Spain: music and modernity in the 18th Century

The first half of the 18th Century saw a major change in musical taste all over Europe. This taste, which musicologists have defined as «galant», took Italian opera seria as its main reference, with its lyrical and cantabile melodies and transparent textures, thereby escaping the rigidness of the rules that had hitherto governed compositional practice. To be fashionable became a composer’s main concern, trying to please both the audience as well as their sponsors, which brought about a continual circulation of new music, especially that composed by Italians. In this regard, the Spanish monarchy was no exception.

The composers included in this recording belong to a generation born around 1700. These musicians were very much influenced by Neapolitan authors such as Leonardo Vinci, Francesco Durante or Leonardo Leo, whose music enjoyed a wide diffusion throughout the whole Hispanic world during the first half of the 18th Century. It was these composers who, on a more regular basis, began writing in Spain for the flute, an instrument which has a special presence in this CD. The flute was gradually introduced in the Spanish musical chapels from the decades of 1720-1730, its use being registered later in the musical chapels in Ibero-America. The aria Cristal Bello, preseverd in the Basilica de Santa María de Guadalupe (Mexico) is a fine example of the use of this instrument in Ibero-America, written by the violinist and composer Ignacio Jerusalem y Stella, born in Lecce (Naples) in 1707. By 1736 he was already residing in Cataluña, and later travelled to Ceuta and Cádiz together with his family. According to recent studies by José Antonio Gutiérrez and Javier Marín, Jerusalem may have worked as a military musician during these years, attached to the regiment in Zamora. In 1742 Jerusalem set sail for Mexico in order to work at the Coliseum of Mexico City. In 1749 he was named acting Director of Music at the Mexico Cathedral, a post he occupied permanently from 1750 until his death in 1769. During his charge, Jerusalem modernized Mexican sacred music, crucially introducing the new trends of Italian origin which were already dominating the Iberian Peninsula. It is to be noted that under Jerusalem’s charge, various sets of sacred music composed by the directors of music of the three Royal Chapels in Madrid - José de Torres, José de Nebra, José de San Juan or José Mir y Llusá - were acquired in Madrid for their use in the Mexican cathedral.

Also included in this programme is a set of instrumental verses in second tone (mode) by Jerusalem. These pieces are part of a collection of instrumental verses by the Neapolitan composer preserved to this day in the musical archive of the Mexico City Cathedral. The function of these pieces, mainly short in length, was that of substituting some verses of liturgical text, such as psalms, canticles or hymns, alternating sung sections with instrumental ones. Although it was more common for the organ to play the verses, we also find some written for an instrumental ensemble, such as those by Jerusalem.

Founded by Luis Martínez Pueyo during his stay at the Schola Cantorum Basiliensis, La Guirlande is one of the most versatile ensembles specialising in historically informed performance of 18th and 19th century music.

Winners of the GEMA 2018 Prize for Best Early Music Young Ensemble in Spain, the second prize in the CREAR18 awards for Young Talents from Aragón, as well as having won first prizes at competitions such as XVIII Biagio-Marini Wettbewerb and the V Concurso Internacional de Música Antigua de Gijón, La Guirlande‘s repertoire is centered in 18th and 19th century music in which the flute plays a fundamental role: from the flute sonata – with obbligato harpsichord or pianoforte, as well as basso continuo – to the solo concert, including all kinds of combinations of chamber music. Furthermore, the use of either original period instruments or their replicas, as well as a thorough historical research on performance practice from a variety of treatises and sources, mark La Guirlande’s main purpose: to achieve a performance of the repertoire as near to the original idea of each composer as possible.

The ensemble La Guirlande takes its name from one of the god Apollo’s most important symbols, sign of glory and recognition in arts, wisdom and the games.