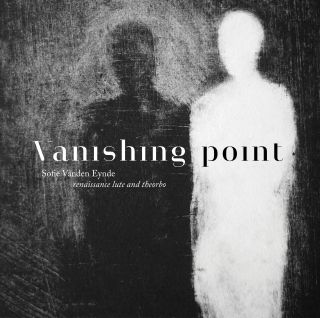 In 2016 lutenist Sofie Vanden Eynde put her instrument aside for nine months in order to recover from a severe burnout. Five years later, she felt the need to look back. Would it be possible, she wondered, to use the intense, shared concentration between musician and listener to convey sensations of over-stimulation, contrast, excess, stagnation, emptiness, beauty and movement? Would it be possible to articulate the inner reality of a burnout musically: to make a burnout audible, tangible, understandable and, who knows, avoidable? The result is Vanishing Point / Verdwijntijd, an autobiographical recital, a musical narrative, a journey: somewhere between fragile comfort and cautious happiness.

Writer Annemarie Peeters drew on her interviews with Sofie to write a text that reflects the three phases of a burnout. The run-up, the phase of total stagnation during, and the cautious way out. Three colours, three seasons, three ways of being. Lurking beneath Sofie’s personal story are experiences that many will recognize: the craving for efficiency, the sudden faltering, the unfamiliar and at the same time disconcerting sense of emptiness, and the tentative search for a new balance. But also the questions Sofie asked herself – about the connection between her own little story and the big world that surrounds her – evoke wide recognition. Is burnout a personal failure or a social symptom?

Sofie went in search of pieces from the solo lute repertoire that she intuitively associated with the various phases of the text. This resulted in a recital with a surprising palette of colours, styles and atmospheres. At times she chose the rich, powerful sound of the theorbo. At others she chose the fragile, hushed sound of the Renaissance lute. The Prélude by the French baroque composer Robert de Visée combines phrases full of grandeur with breathing pauses filled with intimate doubt. The music of John Dowland draws on the typically English penchant for melancholy. In the fantasias and ricercars of Francesco da Milano, it is not only the bright colours of the Italian Renaissance that resound, but also the constant search for a new beginning. Luis de Narvaez’s Cancion del emperador is an arrangement for lute of the famous chanson Mille Regretz by Josquin Desprez, a song that emanates serene regret for everything that is not. And in Robert de Visée’s Chaconne the same chord sequence revolves around its own axis. Hope, tenderness, revolt and acceptance each step to the fore in turn.

At Sofie’s request, Vladimir Gorlinsky created a new composition, one which reflects the state of mind in the middle of a burnout. Vanishing Point balances on the edge of total emptiness, a stagnation that at times is hard to bear. Vanishing Point starts out from this stagnation to explore the different facets of burnout: resistance and acceptance, fear and hope, stagnation and movement, absolute solitude and the desire to interact again with the surrounding world.

Vanishing Point / Verdwijntijd can be listened to in different ways: not only as a lute recital, but also as a radio play with voice, lute and soundscapes. Annemarie Peeters’ text was recorded by actress Katelijne Damen (NL) and voice artist Caroline Daish (EN). Vladimir Gorlinsky created soundscapes based on the sounds of the lute, which were magnified as if under a microscope. The soundscapes weave themselves between the text and the lute music. Jo Thielemans created the sound design and provided the live electronics.

Sofie Vanden Eynde was born in Lommel, Belgium. She studied guitar from an early age and her interest in the poetic music of the Renaissance and Baroque led her to study lute and theorbo. She studied with Philippe Malfeyt at the Ghent Conservatory and graduatewith honours in 2002. She then embarked on further studies with Hopkinson Smith at theSchola Cantorum in Basel.

Sofie has gained an international reputation as a specialist in historical plucked instruments. She regularly performs with ensembles including Il Gardellino, Apotheosis, Apsara, A Nocte Temporis, Hathor Consort,… As a duo, she has played with Lieselot De Wilde, Deborah Cachet, Romina Lischka and Emma Kirkby,…

In 2012, Sofie set up Imago Mundi, an ensemble which aims to foster encounters between different branches of the arts and kinds of music: eastern and western, old and new. Divine Madness, their first production, enjoyed national and international acclaim. In My End is My Beginning, a performance inspired by the fascinating life and myth of Mary, Queen of Scots, premiered at Operadagen Rotterdam in 2018 to rave reviews.

During the 2019-2020 season Sofie worked on Murmuring Muses And Whispering Jinn, a conversation between her instrument, the lute, the oud, as played by Saad Mahmood Jawad, and the poetry of Mahmoud Jaber amongst others. She also developed A New Advent, a programme of alternative Christmas music focusing on the darker side of the season of light. Fascinating projects on burn-out (Vanishing Point - Verdwijntijd) and destruction and renaissance (T.E.N.E.B.R.A.E.) are currently in the works.