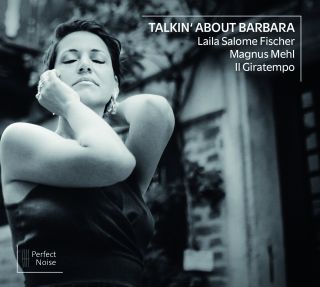 Il Giratempo, “The Time Turner”, do not plan to carry you back through the centuries. Theyoung ensemble have set themselves a different task: Using the treasure discovered on their musical expeditions into the past, they fully intend to stir up the here and now.The lutenist Vanessa Heinisch founded Il Giratempo in 2017 in order to be able to realizeher dreams with her favorite players. The ensemble combines historical performance prac-tice with innovative programme ideas and concepts:In “17th Century Jazz” projects, mezzo-soprano Laila Salome Fischer and jazz saxo-phonist Magnus Mehl merge their musical worlds into a time-travelling sound spectacle,accompanied and inspired by a baroque basso continuo group.“Il Giratempo Strings”, on the other hand, explores the baroque orchestral repertoire - and here too, musically and programmatically, bridge the gap to modern times. Musiciansfrom renowned european baroque ensembles and orchestras come together to make their“dream projects with favorite colleagues” come true.