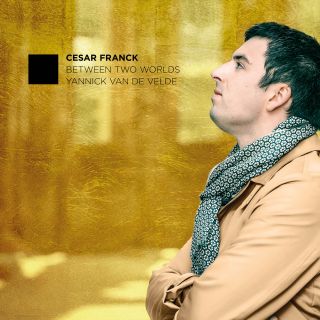 Catalog number: EPRC 0048
Releasedate: 04-11-22
There were a number of influences that contributed to Franck’s distinctly personal compositional method, with two having the most substantial impact on his late style: the Austro-German tradition, particularly their notion of structural unity; and the tradition of France, the country where he lived for the vast majority of his life.

With his main purpose as a composer being to give thanks to God through his music, the coexistence of introverted spirituality and passionate outpouring provides an explicit demonstration of the divine nature of his late compositional output.

His reputation rests on a relatively small number of pieces he wrote towards the end of his life. It was not until the late 1870s where he would begin to produce what are now considered to be his masterworks. Whilst his contemporaries produced a great amount for the solo piano, César Franck completed only two large-scale works - the Prelude, Choral & Fugue and the Prelude, Aria & Finale.

It was not until 1884, and the publication of the Prelude, Choral & Fugue, that César Franck would truly begin to develop his personal voice – innovative and ground-breaking whilst at the same time reverent to the greats of the past, and displaying a spirituality both introverted and extroverted within which one can find many parallels with the late works of Beethoven. And in a century of piano music dominated by such German masters as Beethoven, Schubert, Schumann and Brahms, this work can be arguably titled the most important addition to the French piano literature since the time of Rameau.

The disc is completed by two authoritative trancriptions. Cortot, despite his mischievous claim that Franck’s music reflected a church-worker style (‘le côté artisan d’église’), was also an ardent admirer, championing all the major keyboard works and arranging the Violin Sonata for solo piano. Thanks to the charm and contained emotion of its melodic inspiration, the Prélude, Fugue et Variation, originally written for the organ, has always been favored by the public and has been the subject of several piano transcriptions: Van de Velde here chooses the one by the famous polish virtuoso Ignaz Friedman.


Passionate, sensitive, intelligent, and talented, these are a few words one can think of when listening to Yannick Van de Velde’s piano playing. He is among the summit of the musical scene in Belgium and across Europe.

Mr. Van de Velde is a prizewinner in many international competitions, such as the Busoni Competition in Bolzano, Italy (2015), Queen Elisabeth Competition (Prize WalkiersCarbonelle), Public prize and “Prix d’Argent” in the Piano Campus Competition in Paris, and first prize in the Nany Phillepart Foundation Competition.

Yannick Van de Velde performed across the world in famous venues such as the Philharmonie of Berlin, the Acropolis Museum in Athens, Lincoln Center in New York, to name a few. Mr. Van de Velde has studied with Klaus Hellwig, Elisso Virsaladze, Jean-Claude Vanden Eynden, and Jan Michiels.