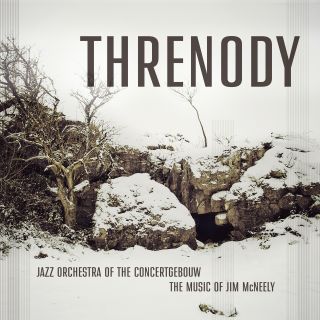 The Jazz Orchestra of the Concertgebouw (JOC) is one of the world’s great jazz ensembles. I’ve known some of these musicians since the late ‘90’s. But I’d never worked with the whole JOC until January 2020. Then Juan Martinez, JOC artistic director (and baritone saxophonist), emailed me. He proposed that I write a CD’s worth of music for the band, featuring all their soloists. After many more months of Zoom rehearsals (ugh!), scheduling delays, and even more Zoom (ugh!) we got into the studio in Hilversum for three intense days last November. (Jim McNeely)